Last week I bought a set of 1993 Conlon Collection Color Masters photos on eBay for just over $18. 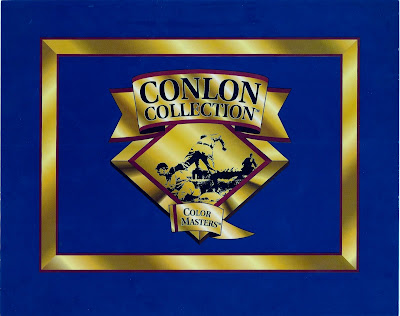 These are colorized 8 x 10 versions of cards from the Conlon Collection set. I'm not sure how these were originally packaged and distributed but the seller shipped them in a white envelope sealed inside a cardboard mailer. 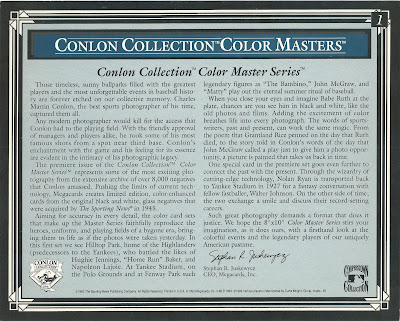 Here's the back of the title card introducing the Color Masters series. 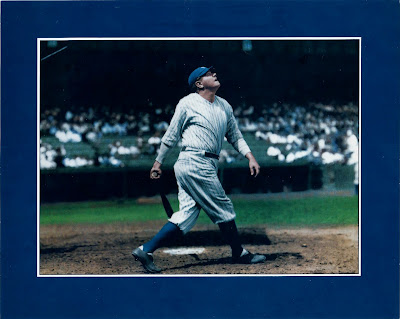 Babe Ruth is the first subject, blasting a home run out of Yankee Stadium. 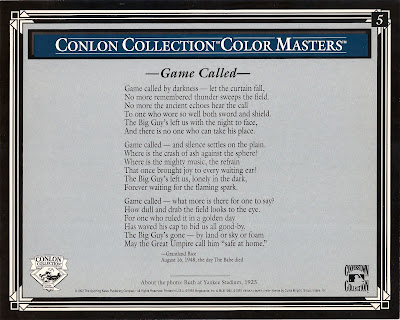 I thought I remembered this poem from Ken Burns' Baseball but apparently it was a different baseball documentary (and a different poem by the same author.) 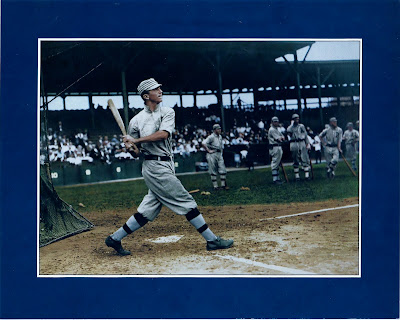 I bought this photo on COMC a few months ago and requested shipment in July. Since I bought this set last week - and it arrived first - I now have a duplicate on the way. Perhaps I'll hold a giveaway or contest. 🤔 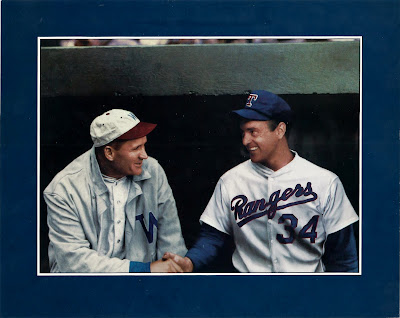 Two legendary pitchers who never actually met. Walter Johnson and Nolan Ryan are together in this photo thanks to a "unique computer process" according to the card back. There's even a short story behind their what-if meeting. The card also explains that the original photo has Lou Gehrig in Ryan's place. 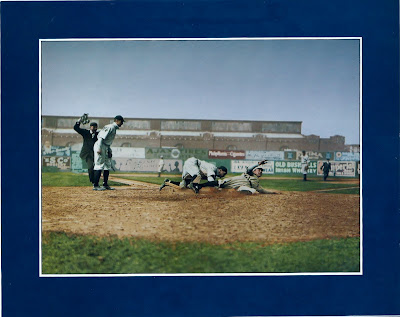 Hilltop Park, home of the Yankees before Yankee Stadium (and before they were called the Yankees.) 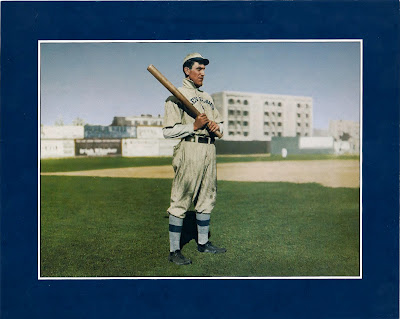 Cleveland's legendary second baseman Napoleon Lajoie, posing at Hilltop Park. This might be my favorite photo in the set.There's a poem for him listed on the back called "The Great Lajoie" 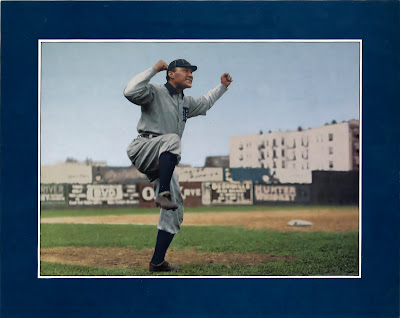 Here's Detroit Tigers manager Hughie Jennings making his "Ee-yah" face. Like the Baker and Lajoie, this photo was also taken at Hilltop Park. 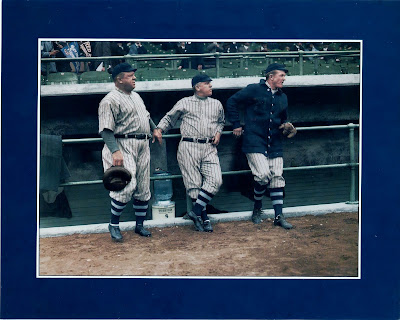 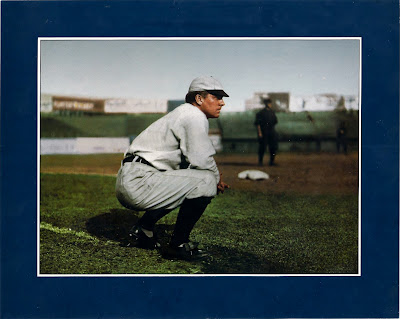 Here's McGraw again. This is why I originally planned to purchase just the Baker and Lajoie. The one COMC seller that has these in decent shape is asking for $6-10 each ($49 for the Ruth!), and the price I paid averages out to about $2 each. That said, I'm not certain I would have bought it without a sweetener: 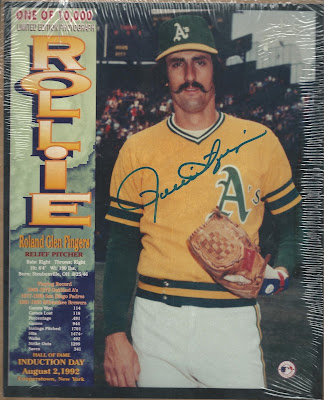 This Rollie Fingers autographed 8 x 10 was included with the auction. This limited edition photo was issued in conjunction with his 1992 Hall of Fame induction. Not a bad freebie, even without a COA.

If you'd like to see more colorized photos of early 20th century baseball, I recommend this video. It's not related to the Conlon Collection series but it may have influenced my purchase in some small way.