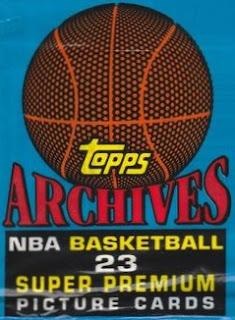 In 1992-93 Topps returned to the basketball card market, producing NBA sets for the first time in over a decade. In addition to a 396-card flagship set and a 400-card Stadium Club set, Topps filled in the gaps of their "lost decade" with this 150-card Archives offering. The title is a bit misleading; nowadays the Topps Archives brand recycles past designs they used for earlier sets of the same sport. Since there were no Topps basketball cards from 1982-1991 the familiar baseball designs were used for this Archives set.

The first eleven cards depict each year's #1 overall pick using an original design slightly reminiscent of Stadium Club. A recap of that year's first round is on the back, using the front photo in the background. 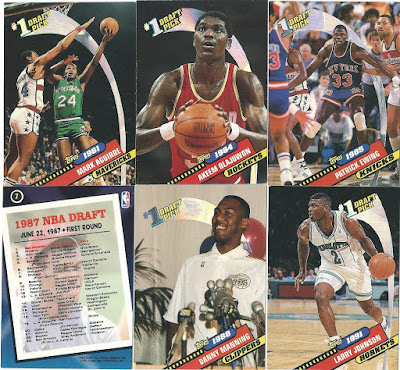 The set starts with 1981 #1 pick Mark Aguirre, and the timeline starts with his draft year. Topps did produce a 1981-82 basketball card set - but 1981 draft picks were not included. Therefore, eleven of the top players from that draft are featured in a modified 1981 Topps baseball design: 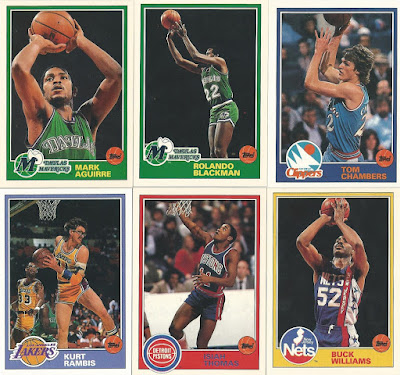 Not only did Topps assign each subject a design from their draft year, they appear to have selected photos from each player's rookie season. In that case the "Archives" name is certainly appropriate. 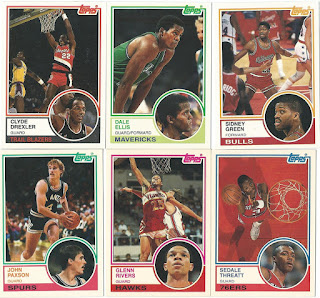 Aside from the 1981 design, every other subset looks exactly like its baseball counterpart. Of course the colors pop a little more on these, and the cardstock is smoother.

I have just three cards from the 1984 section, including one that arrived in a trade with TCDB user RefsInTheBack. Randy collects cards with referees in the background, as shown on Stockton's card. I did not acquire this card from him; the Bowie was part of our trade.

Obviously Michael Jordan's card is in the 1984 section. I have to assume that it's responsible for sealed boxes of this set selling for $100 or more since there are no rookie cards or autographs to be had and the only insert you can pull is a gold parallel (I have just one, a Kenny Smith from the 1987 section.)

There are an inconsistent number of cards within each "missing" year, based on how many players from that draft class were active in 1992-93. 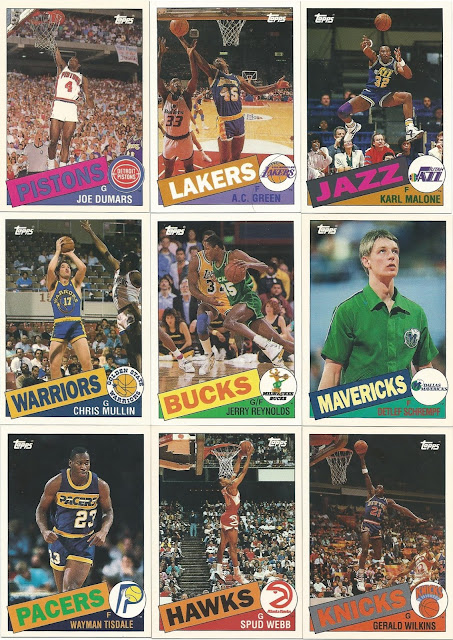 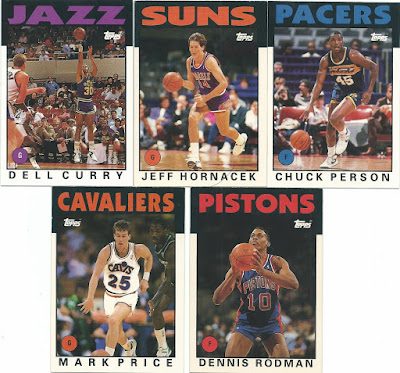 This was the draft year of Len Bias and many other players who struggled with drug addition. 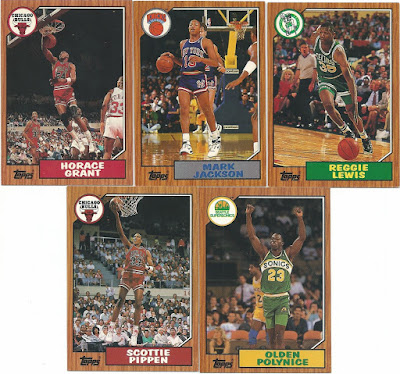 The 1987 Topps baseball design looks even better with basketball players. Must be that hardwood finish. It's a damn shame we never got to see Bias teamed up with Reggie Lewis, who also died far too young. 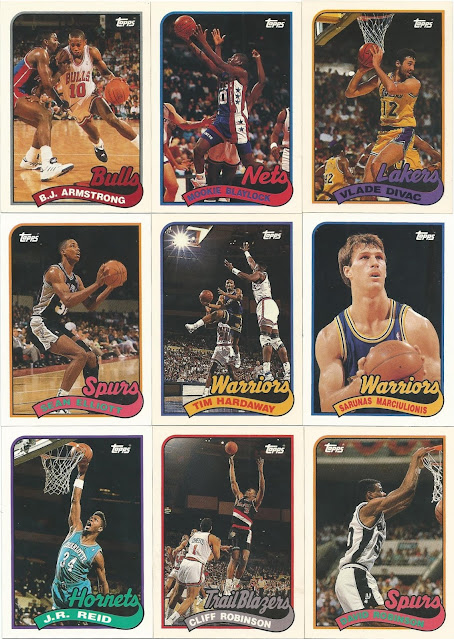 1989 might be my least favorite flagship baseball design but it looks a little better in Archives.

1990 was the first year I paid any attention to the NBA draft. I managed to trade for the Dennis Scott twice in the same week because the first trader took so long to respond. 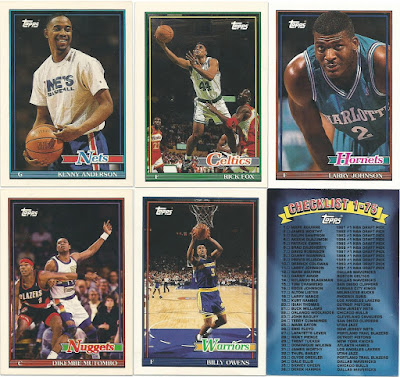 Archives concludes with nine players from the 1991 Draft and two checklists.

This is a low priority set for me, in that I trade for these when I can't find anything else I need on someone's trade list. I think I'd enjoy it a lot more if the cards weren't so condition sensitive. I've got a lot of worn corners, some scratched copies, and a few with some paper loss or "snow", likely from bricking.

If you have any cards from this set (in any condition) let me know. My wantlist is posted on TCDB.

Among the boxes of papers I brought home when my mom moved in September were two pamphlets from my visit to the Basketball Hall of Fame in Springfield, Mass. You can tell by her handwriting on the front when we visited the museum: 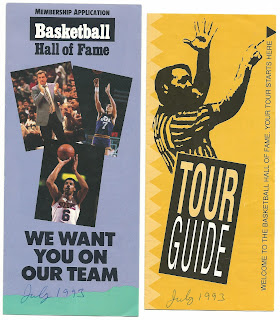 I asked her to find pictures of our trip but she didn't come across any and I didn't want to make her go crazy. So I'll just open these up and give you a little look at what the Basketball Hall was like 27 years ago: 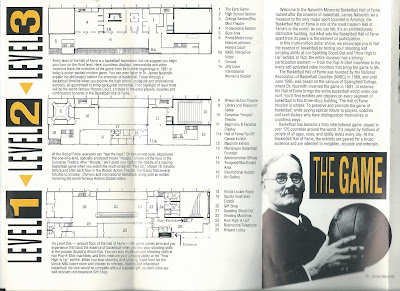 Here's a map of all the exhibits. I'm sure 90% of this has changed since that summer. 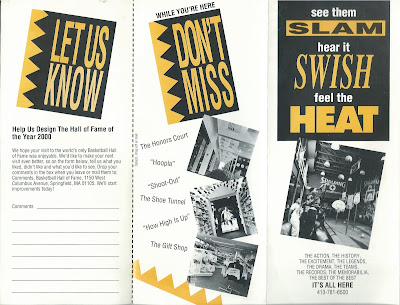 I scanned the back mostly for the suggestion side: what will the Hall look like in the year 2000? 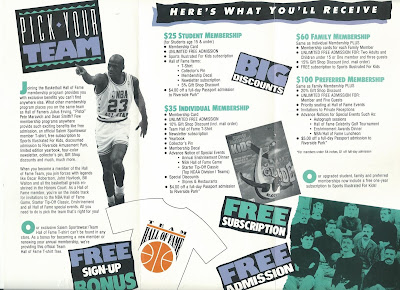 The other pamphlet is just a membership offer. I have no idea why we saved it, but it's got Michael Jordan on it, so it must be worth something lol.

Have you been to any sports Halls of Fame? If so, how long ago?