It's time I added something to the 1993 Playlist, and well past time I mentioned the Smashing Pumpkins on this blog. Their enormously successful album Siamese Dream was released in 1993 and immediately became the soundtrack of my junior high school experience. 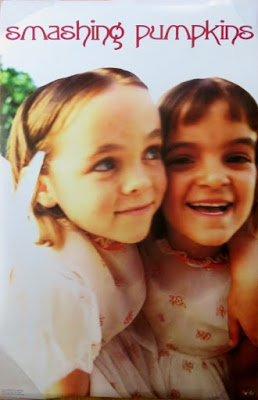 I had this poster on my wall on and off for 25 years. It finally bit the dust this summer.

I can make the case for just about any track off this album - and I might tap this well again sometime in the near future. For today I'm going with "Mayonaise" which was declared the defining Smashing Pumpkins song by The Ringer's rock writer Rob Harvilla.

If you're wondering why Billy Corgan would call a song "Mayonaise" I present to you his song-naming process. This is from one of the 'behind the scenes' videos produced at the time (Vieuphoria I think?) and I'm going from memory here, but it's something like this:

Say you have a song about a chandelier

and the chandelier gives off light

and the light is the color red

so you name the song "Cow"

This will probably be my last post of 2020 here at The 1993 but I've got big plans for this blog in the new year. Til then, I hope you have a safe and happy holiday season. Thanks for reading!