In my 500th post I mentioned that one of the three cards shipped directly to me was a 1993 single. And here it is: 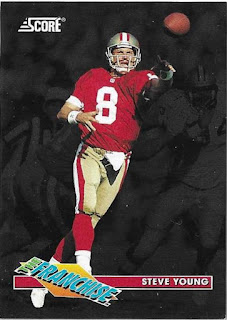 This Steve Young Franchise insert cost 35 cents, plus 85 cents shipping for a total of $1.20. There were six Score Franchise inserts in my order but this was the best deal by far.

Four other cards cost a quarter each (before shipping to the box), however Harold Green was out of stock. 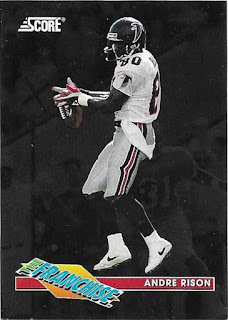 Here's the Andre Rison card. I'll always remember that long bomb he caught from Brett Favre in the Super Bowl - and seeing his house burn down thanks to "Left Eye" Lopes. Not saying he didn't deserve it. 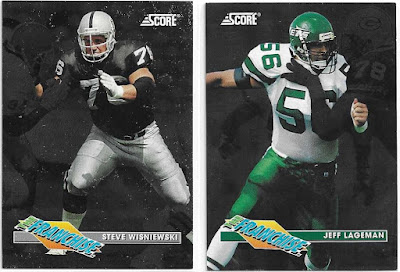 Here's a pair of linemen - one on offense (Wisniewski) and one on defense (Lageman). Lageman was 18 cents. I also ordered a Chris Doleman Franchise card but that one is even snowier than Wisniewski.

I picked up a trio of Planet Baseball cards, commonly known as 1993 Ultra Home Run Kings.

Gonzalez and Daulton were 18 cents before shipping, Belle was a quarter. I ordered a Gary Sheffield but that too was out of stock :/

Five of these six were 18 cents on Sportlots. The Felix Potvin below was acquired in a TCDB trade. 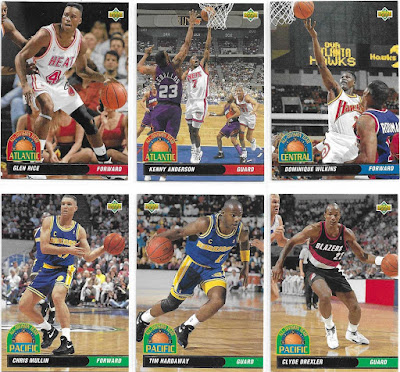 On to the hardwood here. I picked up a half dozen singles from the 1992-93 Upper Deck All-Division Team insert set, bringing my total to 12 of the 20 in the set. I still need Shaq, Karl Malone, David Robinson, and a few lesser stars. All of these were 18 cents each, which you probably know is the minimum price on Sportlots.

That wraps up my Sportlots order but I've still got a few cards left to show off. Here's the cards from the set-saving trade offer I received from TCDB user MrBoujangles: 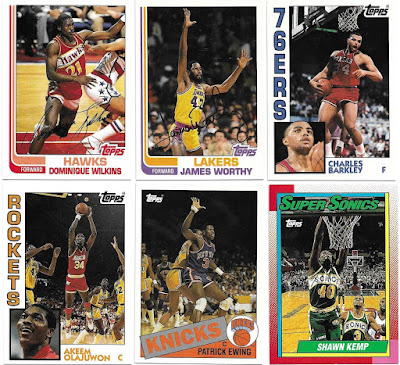 These six cards alone wuld have been a more than fair return for the 1979-80 O-Pee-Chee hockey singles I sent to Gregg (John Wensink, Jack Valiquette, and Bill Clement.) But he also offered this: 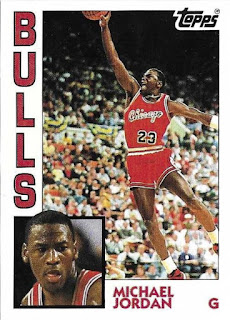 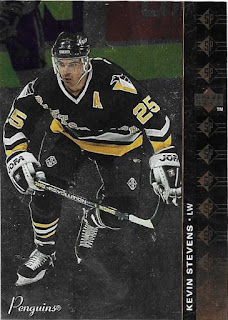 Trade of the year so far. TCDB is a funny thing, I just made a trade offer of 15 cards (including an insert and a parallel) for 12 equal cards including one decent RC (unless Sean Doolittle's Topps RC is suddenly more valuable than Gary Suter's?) and my offer was declined. But I'll never give up on trading as long as there are generous collectors like Gregg out there.
Have you completed any favorable TCDB trades recently?
Thanks for reading!