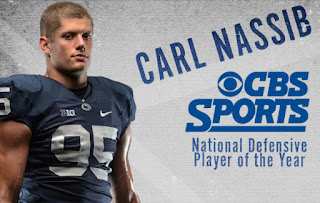 Now a member of the Las Vegas Raiders, Nassib posted a video message to his fans announcing he is gay, making him the first active NFL player to openly identify as such. #Pride

I have to admit my ignorance here.

When I saw the headline that "Nassib comes out as NFL's first active gay player" my initial reaction was Ryan Nassib is still in the league? 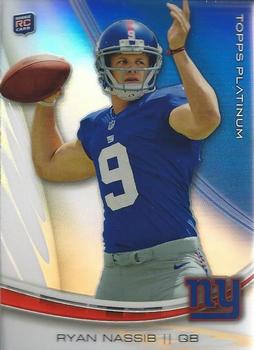 Um, no. The former Giants backup QB is not an active player. However he is Carl's older brother.

I used to be a lot more knowledgeable of NFL rosters. Every summer I would go to the book store and pick up the Athlon Pro Football Preview issue, and then I'd sit in my bedroom and study every team's depth chart. Nowadays I can only name three of Nassib's teammates on the Raiders without looking. There's Derek Carr.. and Josh Jacobs, and....Henry Ruggs? 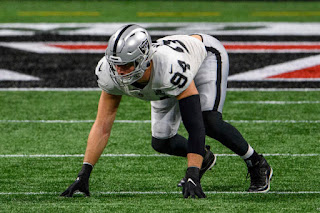 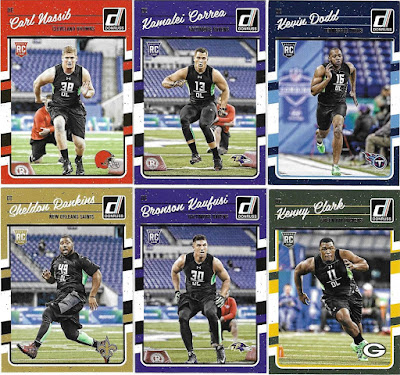 Until yesterday, the only card of these defensive linemen doing Combine drills that stood out to me was the Packer, Kenny Clark. Within hours of Nassib's announcement this RC soared from a 50 cent card to over $20 shipped:

COMC - whose reputation has been slammed over the past year - sold three copies of the same card for over $10 after Nassib shared his story:

I'm not sure how I feel about this. On one hand I'm encouraged that more collectors are seeking out his singles in support; the whole reason I saw these sale prices was because I was searching eBay for his lone 2019 issue - a Score autograph. (There are none on eBay but a notorious TCDB user suddenly has one for trade. Hmmm.)

On the other hand the fact that people are profiting off Carl Nassib's personal truth and putting pride flags in their listing is a little off-putting. I guess it's better than dealing with people who are purging his cards from their collection because they are anti-LGBTQ (as referenced above).

Either way, it doesn't look like I'll be adding any of Carl's cards to my collection for a while. But I plan to do so down the road. And I will be rooting for him to succeed and be accepted in the 2021 season and beyond.