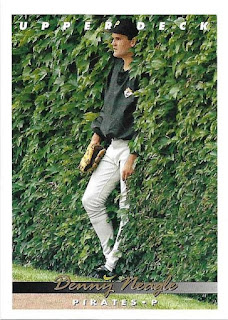 The second annual (third overall) Swap Meet trading post was a lot of fun. I received eight envelopes with 12-15 basketball cards. Very few of them were dupes, and may were cards of players I collect.

As a "grand finale" I got a huge box from the always generous Bo in exchange for a very small box of baseball and football. Bo offered to fill out the box with 1993 Topps or 1993 Upper Deck extras. 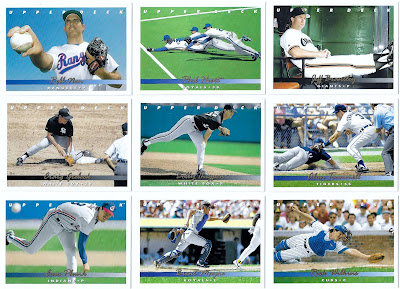 I chose Upper Deck, because I have the complete 1993 Topps set (in an opened factory set box) and because '93 Upper Deck is glorious. Some of these cards were familiar to me - such as the triple exposure Phil Hiatt above. Others were new to me, like Jeff Brantley and Robb Nen. 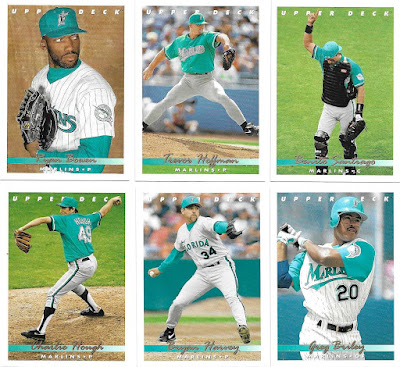 Bo sent a block of over 400 cards from #362 to card #840. I have a hunch he checked my collection on TCDB, because he skipped over some cards I already had.

I've thought about buying a box or two of 1993 Upper Deck, but they are particularly expensive due to the presence of some Yankee shortstop. I've never considered attempting to build this set as a result. 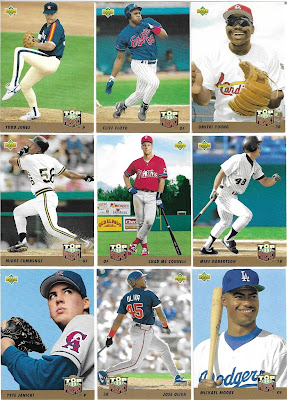 Here are some non-Jeter RCs in series 2. Do you remember any of the bottom six? I vaguely remember Midre Cummings. 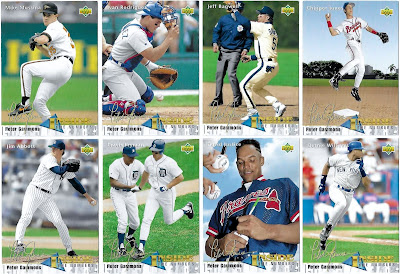 Peter Gammons had a subset in series two, featuring his notes on young stars in the league. These guys all had memorable, successful careers. Everyone in the top row has a plaque in Cooperstown. 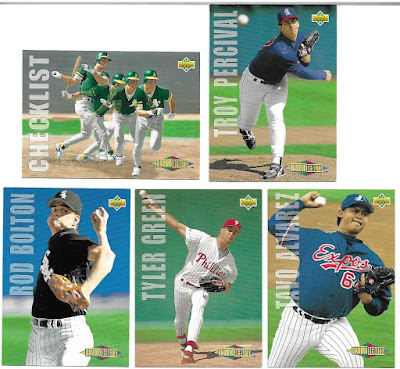 In addition to top prospects and young stars there are some Diamond Debuts. Troy Percival is the only big name here. Tyler Green was an All-Star in 1995 - which I never would have imagined until reading Hot Corner Harbor's list of the all-time worst All-Stars. 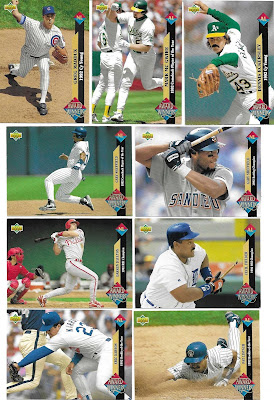 Some of these Award Winners from the 1992 season aren't actually award winners - unless the MLB handed out hardware for leading the league in home runs and RBI. 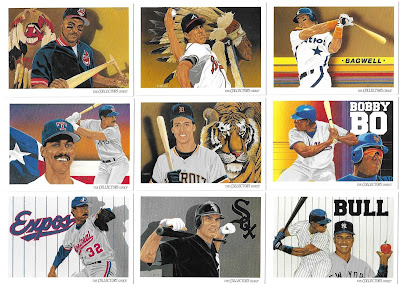 Team checklist cards were a hallmark of early '90s Upper Deck sets. The 1993 set has some of the sharpest looking examples you'll see, along with some images that you'll never see on a card again - such as Albert Belle snapping a bat in half like it's Fernando Vina. 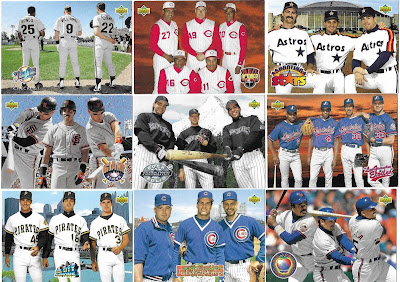 Combo cards appeared in Series 1 and 2. National League teams are featured in this batch.


It's tempting to try to complete The 1993 Upper Deck set now that Bo dropped about 55% of it on my doorstep. However it would be a costly set build without the Jeter RC. I've only got 30 of the first 361 cards so I'd probably have to buy a box of Series 1. If I decide to splurge on this I'll be sure to post an update here. Bo, thanks for the fantastic 'filler' cards!