1993 was twenty eight years ago, but The 1993 began one year ago today. And to celebrate, I saved my box break of 1993 Upper Deck baseball for the occasion. This was purchased a couple weeks ago and arrived at the end of August. After Bo sent me a big chunk of series 2 I decided to go for the whole set. 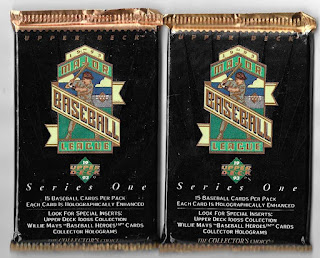 I found a sealed box on eBay for $24.99 + $10 shipping, for a total price of about $1 per pack. My 9 year old daughter helped me open these. She grabbed a stack without even asking and eventually ripped open more than half the packs. After nearly three decades I was expecting to see some bricking or 'snow.' That wasn't really an issue; the main problem with these cards was collation. 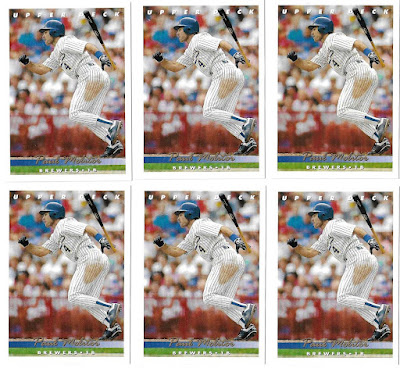 170 of the 540 cards were duplicates, including four extra cards (or more) of Bernie Williams, John Smoltz, Travis Fryman, Jose Canseco, and David Justice. Paul Molitor appeared ten times, including seven copies of his base card and three copies of the Brewers combo card. 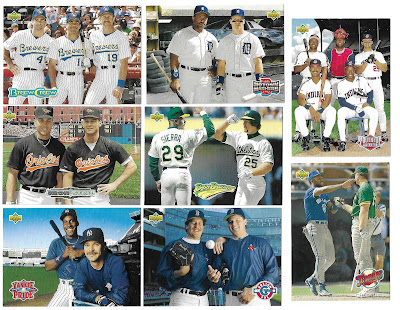 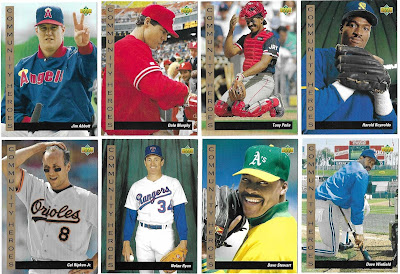 Dave Stewart is pictured with Oakland here but not long after this card was released he helped the Blue Jays win The 1993 World Series. My ex-girlfriend was a reporter in Toronto at the time and told me a story about Stewart frequently appearing at food banks and soup kitchens in the area. He told the press that if they reported on his appearances he would stop donating because he wasn't doing it for publicity. 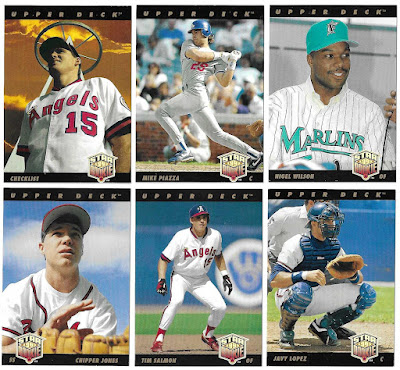 These sure look special among all the white-bordered base cards. Once she finished opening her half of the box I showed my daughter the actual insert cards. Nearly all of them were in my stack: 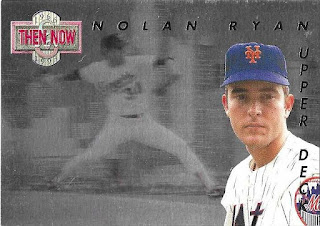 The best pull was this Then & Now Nolan Ryan hologram, which popped out of the second pack. 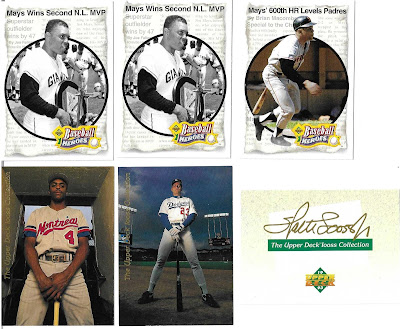 I even got a duplicate insert! Kind of a bummer that one of the three Iooss inserts was the header card. Even more of a bummer: my daughter was afraid that she didn't pull a single "special" card, until I found Delino DeShields hidden in her stack. 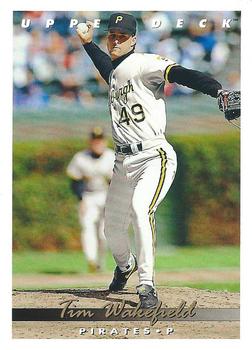 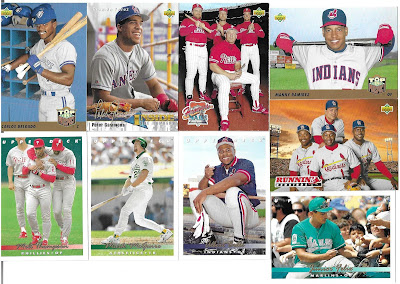 These series 2 singles arrived today after some TCDB trading. More 1993 Upper Deck cards are on the way, mostly from series 1.

NBA Week inspired me to pick up more Gheorghe Muresan and Reggie Lewis cards. The All-Division insert cost 18 cents (plus shipping) on Sportlots. I now have 15 of the 20 cards in the set.

Before I wrap this up, I was looking through some of the Angels cards in The 1993 Upper Deck set (for a potential blog post) and the back of Gary DiSarcina's card jumped out at me. Does anyone know what this is referring to? 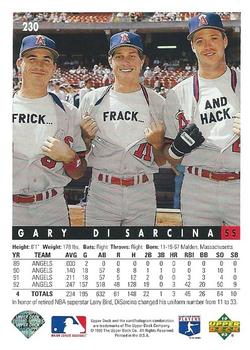