Nirvana released In Utero in September of 1993. It was their third - and final - studio album.

Unplugged In New York was recorded two months later. The album was released posthumously, as lead singer Kurt Cobain committed suicide in April 1994 - more than six months before Unplugged debuted at #1 on the Billboard charts. 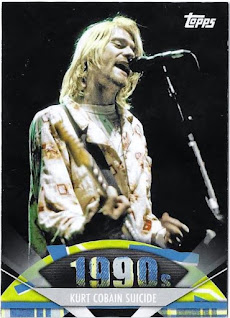 This card was part of a TCDB trade with Scrubeenie that arrived earlier this week. I sent him six Topps Heritage singles including a Mike Trout league leader card and an Eddie Murray single from 2000 Upper Deck legends in exchange for some 2018 Topps Chrome set fillers, two 1991-92 Upper deck basketball commons, and two cards from 2011 Topps American Pie. It's the only Kurt Cobain trading card aside from the requisite parallels and a couple playing card releases. It's also one of the more expensive American Pie singles on COMC; the cheapest copy is currently listed at nearly $10.

It's easy to look back on a grunge band that lasted five years and call them "overrated'. If you're talking about hype and airplay relative to other bands of the era then, yes, Nirvana were overrated. You can pick apart the substance of the music, but there's no denying the cultural impact of the band and its iconic frontman. Once Kurt Cobain was gone alternative rock slowly faded from the top of the charts, ceding ground to pop and hip-hop. 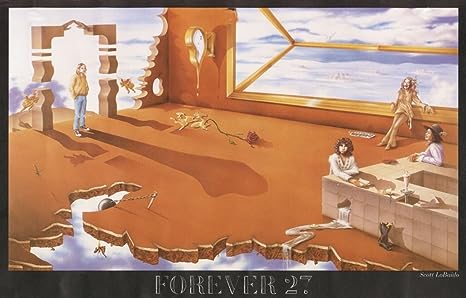 While you're unlikely to see a current alternative act bump elbows with Beyonce and Taylor Swift you will see plenty of young adults, teens, and even children wearing Nirvana t-shirts today. 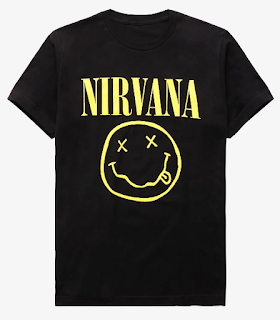 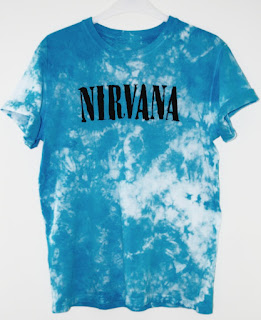 30 years after the release of Nevermind it's become increasingly clear that there will never be another Nirvana. Dave Grohl has carried the legacy of the band (and in some ways rock itself) over to Foo Fighters - a legendary act in their own right. Personally I think Foo Fighters are underrated - though I acknowledge their cultural impact falls far short of Nirvana's. Let me know when "Best of You" or "My Hero" hits 1.3 billion views on YouTube.

Here's a rough sketch of my essential Nirvana mix CD/playlist excluding "Smells Like Teen Spirit" as the band did in the Unplugged set list. 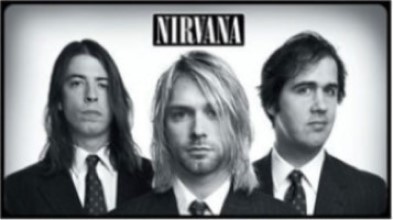 By the way, here's the other American Pie single from that TCDB trade with Scrubeenie:

I've always been fascinated with the atomic era and the Cold War. In case you're wondering, the Doomsday Clock is currently set at ... oh shit.